Coastal upwelling is common along the Tanzanian and Kenyan shelves during the North-East monsoon. It is caused by an intensification of the alongshore wind and leads to the cool and nutrient-rich waters being brought to the surface followed by enhanced primary production and widespread phytoplankton blooms.

This year, it appears that the upwelling is unusually strong. Animations of the near real-time remotely sensed sea surface temperature (SST), Chlorophyll and ocean currents show how the situation has developed over the last few weeks.

Upwelling 2020 as it develops:

At around 15th January 2020, upwelling started to develop in the vicinity of the North Kenyan Banks, just where the confluence zone of the southward Somali Current and the northward East African Coastal Current takes place (i.e. 3-4°S). The upwelling is clearly visible at the surface as relatively cold waters (~28°C) compared to those offshore with chlorophyll-a concentrations of ~0.35 mg/m3.

From 18 to 23 January, the North Kenyan Bank upwelling strengthens with cooler waters of 27°C, chlorophyll-a concentrations higher than 0.5 mg/m3 and a wider spatial extent as the confluence zone of the Somali Current and East Africa Coastal Current shifts farther south (from 3°S to ~6°S). The most recent research shows that the further south the confluence zone is, the stronger the upwelling. Note that between the 22-23 January, a patch of cold waters (~27°C) detaches from the main upwelling cell as it gets swapped by a gyre meandering north of this confluence zone.

From 18 to 25 January, cold waters (<27°C) with chlorophyll-a concentrations ranging from 0.4 mg/m3 to above 0.75 mg/m3 are propagating along the Somali Current path (i.e. 3°N to 3°S). This is due to Ekman transport which moves upper warm waters offshore permitting upwelling of cooler waters along the East African coast, as a consequence of the Northeast winds.

From 26 to 28 January, the cold (<26.5°C) and high chlorophyll waters (>0.75 mg/m3) spread into the Tanzanian waters with an unusually strong phytoplankton bloom occurring in the Pemba Channel and the northern coast of Zanzibar. 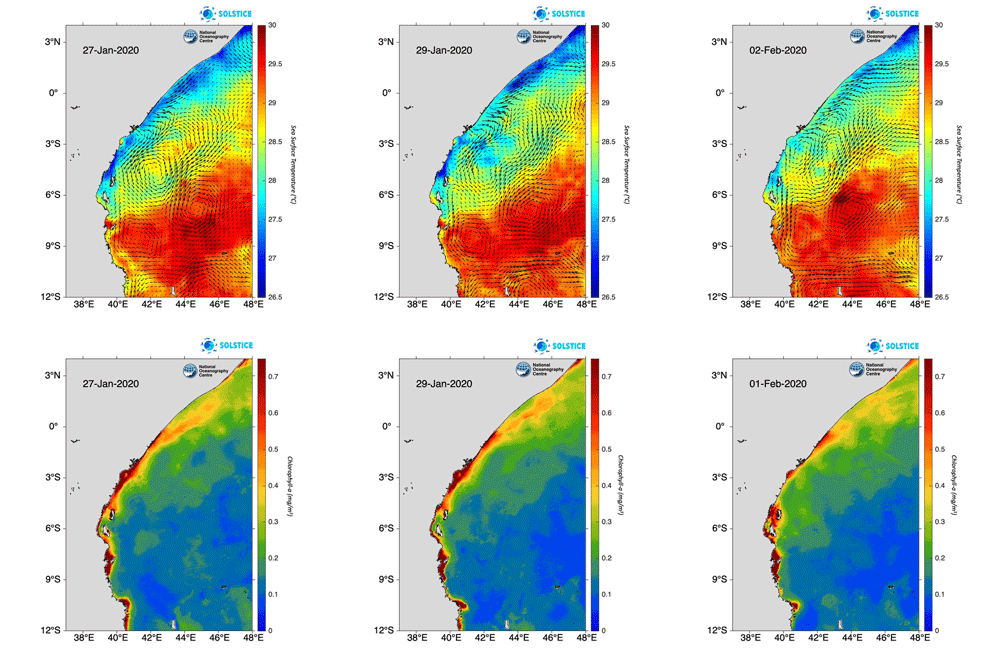 How unusual is this event?

Chlorophyll-a is currently peaking up to values higher than 0.75 mg/m3 and SST cooling down to 26.5°C. Both values are more intense than the climatology.

The upwelling extends further east than usual impacted by the position of the surface currents (confluence zone is further south at 6°S than usual 3°S).

The upwelling over the NKB is taking place continuously over 15 days. If it continues with similar intensity for another two weeks, then it might be one of the most extreme events that the region has ever faced from 1997 until now.

However, we need to be aware that the Chl-a data we are using is from multi-satellite L4 near-real-time product based on the Copernicus-GlobColour processing. The data will be undergoing further processing. So, the pattern displayed should be realistic but the concentrations at this stage need to be treated with caution.

During the first week of February, this upwelling is weakening near Kenya, but still has a strong signature in the Pemba Channel (see SST/UV and Chl images below). The confluence zone is around 5.5°S, further south than normal. 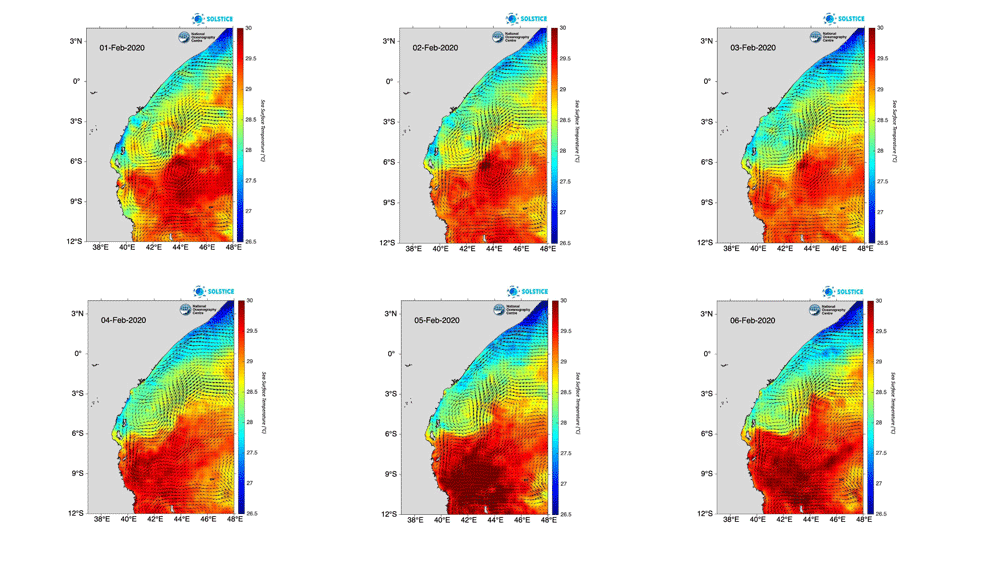 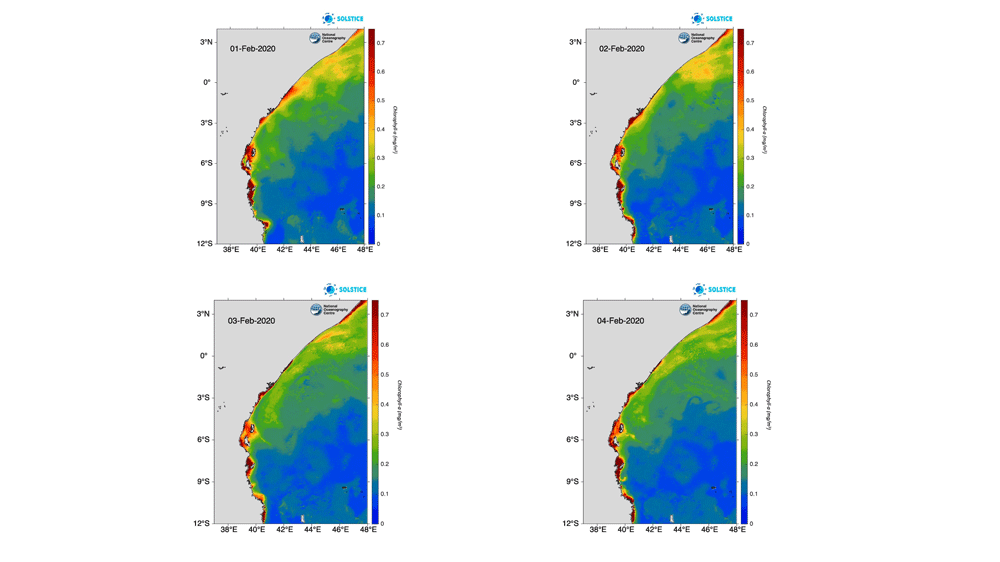 This bulletin was brought to you by Fatma Jebri, SOLSTICE expert in Satellite Oceanography

We will update this bulletin in a few days or sooner if something unusual develops.