The Tanzania Fishery Communities Stakeholder 2 day Workshop was held in Stone Town, Zanzibar on the 19 – 20th of March 2018. It brought together fisheries officers, MPA managers, journalists, and SOLSTICE partners from the UK and Tanzania. Their task was to plan community engagement activities that would have to take place in preparation for the marine robotics fieldwork in the Pemba Channel, scheduled for June-July 2019. 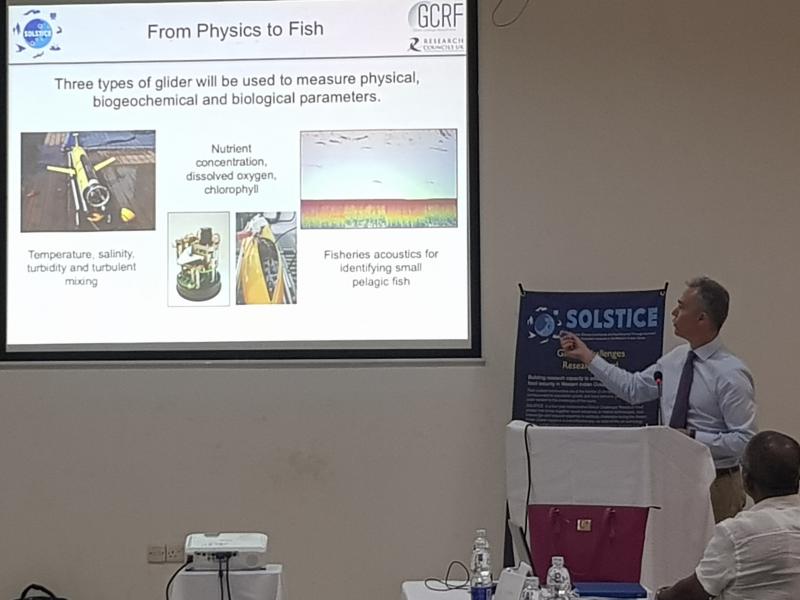 Local groups who may encounter gliders and other marine ‘robots’ during the Tanzania field campaign include fishers, dive operators and other tour operators and guides. Most will never have seen a glider, and may not even know the meaning of the word ‘robotics’, let alone be in a position to understand why this equipment is being used in the Pemba Channel. An information campaign to explain the purpose of the research, what gliders and other underwater autonomous vehicles (AUVs) do, and how the information they collect may ultimately benefit coastal communities in Tanzania is therefore essential. It is important that this presents the planned research in ways that are easily understood by the target audience, and includes information on what to do /not do if they should encounter a glider or AUV. 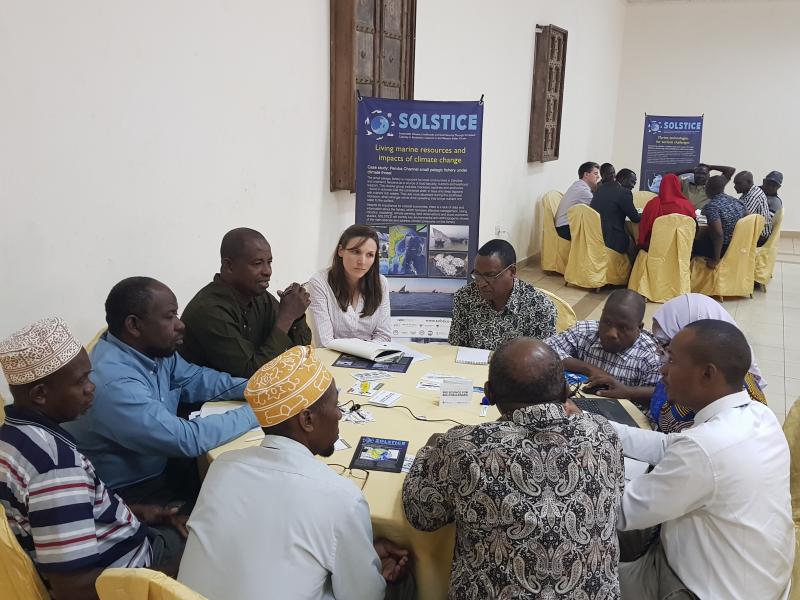 The overall aim of the workshop was to develop recommendations on how to conduct this information campaign. NOC staff presented outline plans for the campaign, and participants from Tanzania described existing community engagement initiatives with which SOLSTICE could engage in order to inform local communities about marine robotics and plans for the campaign. Group discussions focused on developing a timeline of various engagement activities and developing a ‘wish-list’ of communication resources that could be used to support them. As part of the environmental research in the SOLSTICE project, measurement parameters were planned to be conducted in the Pemba Channel in June-July 2019, using marine robots called ‘gliders’ and an autonomous underwater vehicle (AUV) called ‘Gavia’. These robots offer a relatively low-cost method of making extensive measurements without the need for large research ships and could be useful for monitoring Tanzania’s marine environment in the future.

The workshop was hosted jointly by regional SOLSTICE partners: the Institute of Marine Sciences and the Tanzania Fisheries Research Institute, with presentations from their Principal Scientists as well as UK experts from the National Oceanography Centre and Plymouth Marine Laboratory. In total there were 30 attendees representing: 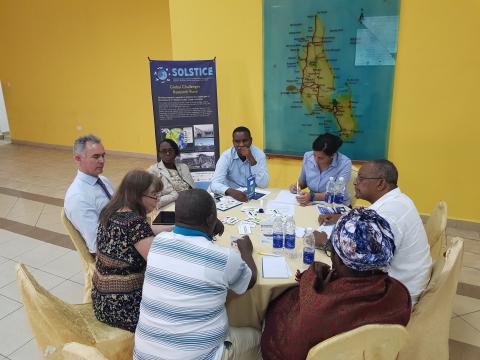