The aim was to showcase in water the new UK-developed Autonomous Underwater Vehicles (AUVs) called Ecosubµ5 and Ecosubm5. An hour-long event was held at the indoor NMU Olympic swimming pool facility, making it very convenient for the owners to display the various features of these robots, and to field questions from the audience. The audience was also able to operate the vehicles themselves. The mini AUVs are designed and manufactured by EcoSUB Robotics UK, and hold a very special niche in the marine robotic international market as they are small, have low maintenance requirements and are very easy to use ― making them ideal for research institutions in WIO developing countries. 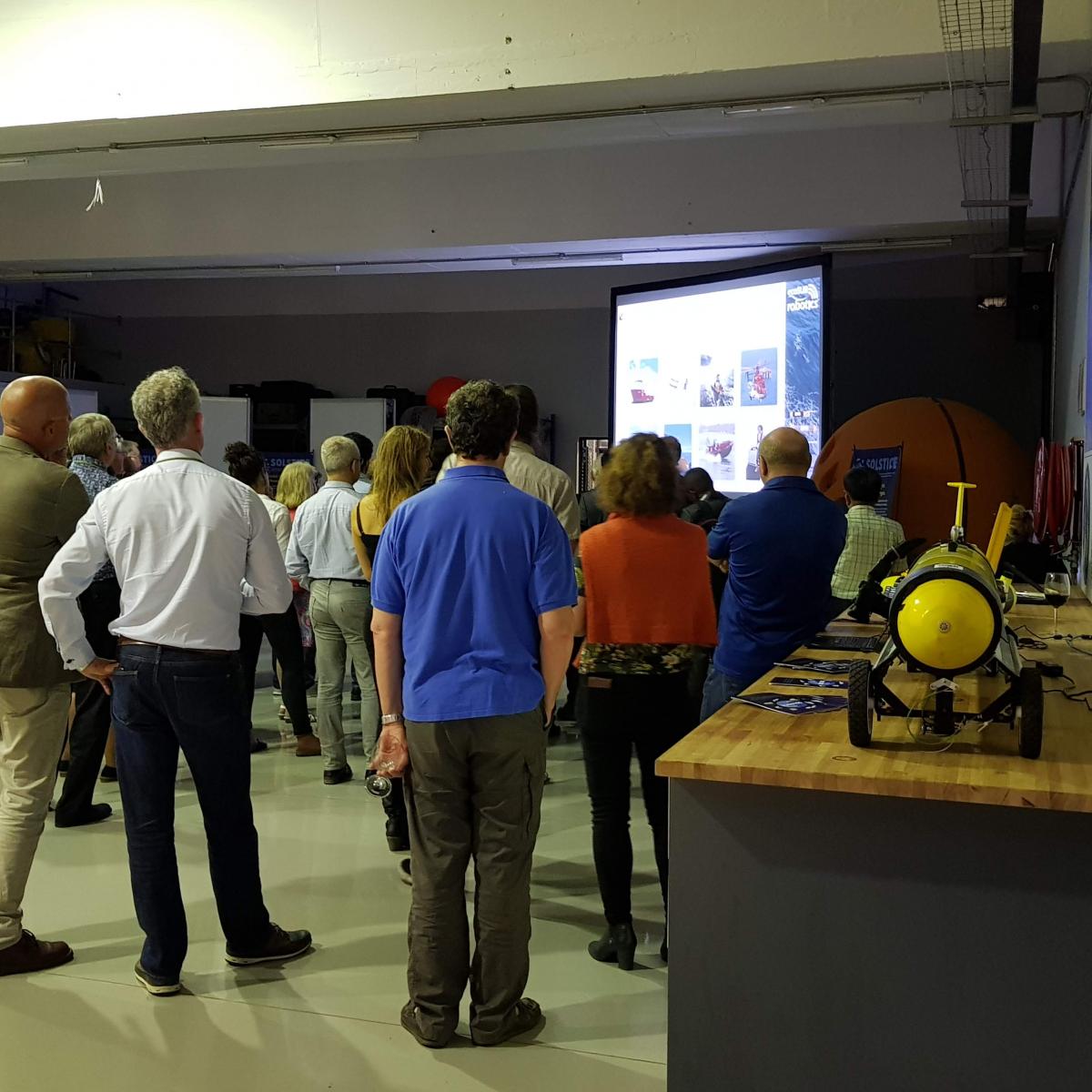 A SOLSTICE-led half-day workshop on developing a WIO-wide marine robotics capability was held the same day. The showcase event supported this endeavour highlighting a possible means of establishing this. The combination of the workshop and the showcase event strongly assists SOLSTICE in transferring one of the three core technologies ― ocean modelling, satellite observations and marine robotics. Already, NMU has formed an AMOS unit, which has received funding to purchase equipment and employ staff.