SOLSTICE at the Commonwealth Marine Showcase 2018

As part of a series of Commonwealth Heads of Government events held across the UK during 2018, the Commonwealth Marine Showcase was held on 9th April 2018, at the National Oceanography Centre in Southampton, UK. This event was dedicated to the Blue Economies, Marine Science and Sustainability. 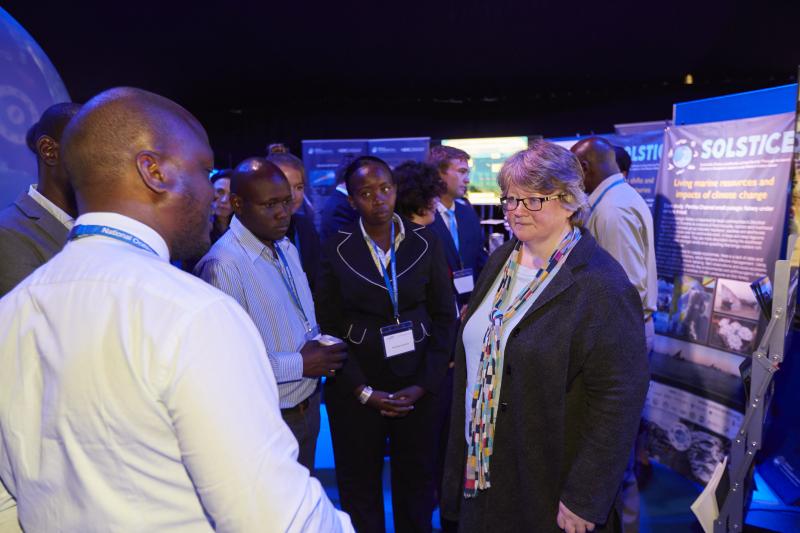 Attended by Commissioners and Commonwealth Heads of State this showcase was a celebration of world-class marine science conducted across the Commonwealth Member States. Furthermore, there was a focus on the early career scientists ‘Bringing up a new generation of Marine Scientists’ and ‘Women in Science’. Key UK marine institutions were in attendance, with invitations to delegates from various institutions from Commonwealth nations. There was a strong political drive to ensure that collaborative research projects between the UK and the Commonwealth countries were brought to the forefront during these events. The SOLSTICE-WIO project was flagged as one of the key projects to be strongly represented. Early-career scientists from across the SOLSTICE partnership were invited to attend from Kenya, Tanzania, South Africa and the UK.  (Left: SOLSTICE early-career scientists describing their research and the SOLSTICE case studies to UK Environment Minister, Thérèse Coffey). 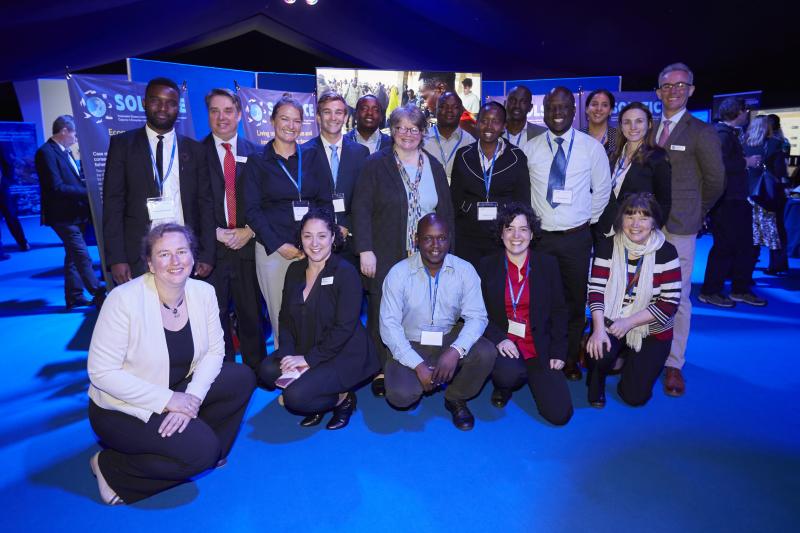 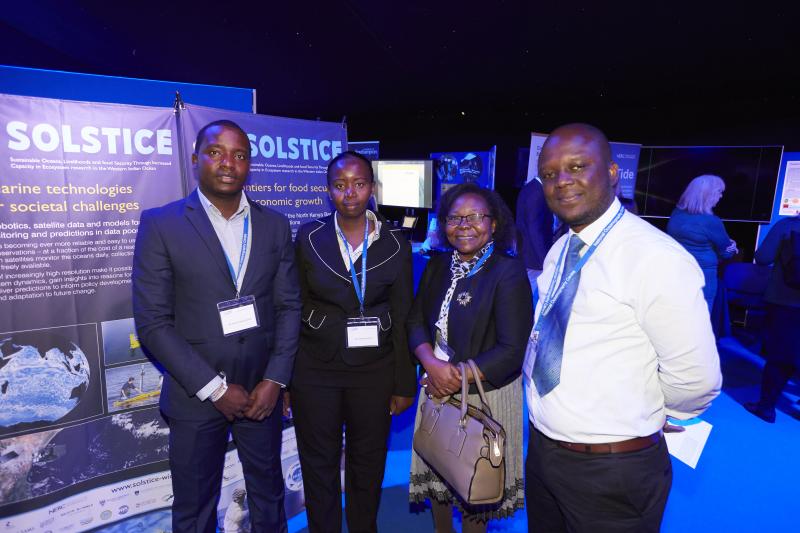 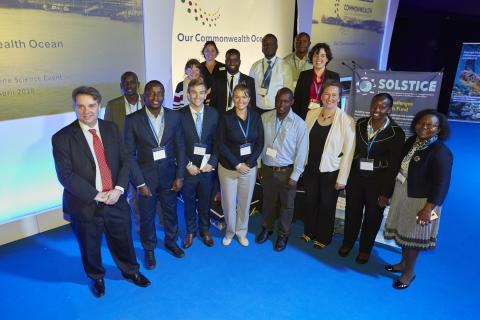