The Pemba Channel drifter experiment is now underway, as part of a larger SOLSTICE-WIO research programme.  Led by Dr Matthew Palmer and Dr. Yohana Shaghude, scientists from the Institute of Marine Sciences (IMS) in Zanzibar, Pemba Fisheries Department and the UK National Oceanography Centre (NOC) deployed 9 drifters earlier this week. You can follow them on this link: http://mars.noc.ac.uk/missions/solstice-drifter-experiment

The currents flowing through the Pemba channel are fast this time of year, and three of the drifters have already left the channel, heading northwards into Kenya. Six drifters were still in the channel at the time of writing this. They are following different pathways along the Pemba slope. Some are caught in an eddy, and the teams are hoping these will stay in the channel for a little while. 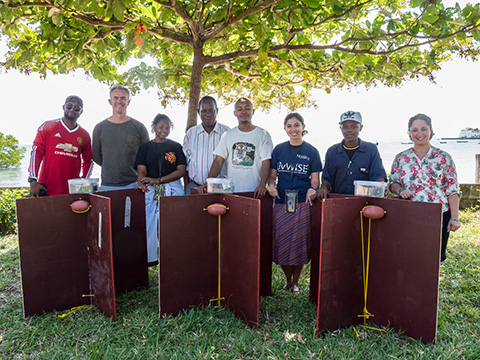 Following the trajectory of the drifters allow SOLSTICE scientists to measure the speed of currents in the channel between Pemba and mainland Tanzania.  Knowing how water from the East Africa Coastal Current flows through the channel important for understanding the local ecosystem. It will also allow the scientists to plan next years fieldwork, when gliders and an autonomous underwater vehicle, known as the Gavia, will collect more detailed measurements. These field campaigns are part of a larger programme of research to better understand the small pelagic fishery in the Pemba Channel.

The fishery for small pelagic fish (anchovies, sardines, mackerels, threadfins and herrings) is an important source of food and income for coastal communities in Tanzania.  The abundance of these fish varies from year to year and may be closely linked with changes in the climate and marine environment, which can affect the food supply for both larval and adult fish. Understanding these connections is essential for the sustainable management of this important fishery, both at present and in a future influenced by a changing climate. 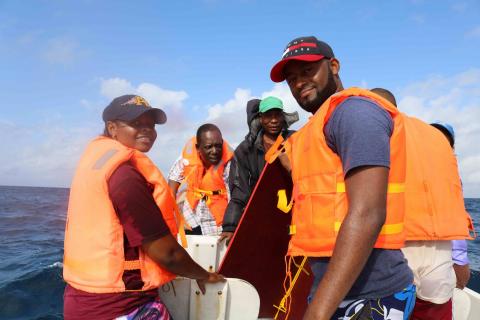