The collapse of the Chokka squid fishery in 2013 had a devastating effect on the Eastern Cape, one of the poorest provinces in South Africa. The reasons for the collapse are unknown, although local fishermen believe it happened as a result of environmental change.

The SOLSTICE-WIO South Africa Case Study was designed to address key environmental and anthropogenic factors controlling the ecosystem dynamics of the Agulhas Bank. The results will help explain why the fishery collapsed, and inform the fishery and government as to whether the current recovery is stable, or whether similar collapses are likely in the future.

Expert scientists and engineers from the National Oceanography Centre in the UK and Nelson Mandela University (NMU) in Port Elizabeth South Africa conducted a three-week observational survey, from 20th March to 4th April 2019, profiling across water column of the eastern Agulhas Bank using state-of-the-art marine autonomous technology as part of the SOLSTICE South Africa fieldwork campaign. It was also an opportunity for early-career scientist from NMU to train on the mechanisms and use of ocean robots as effective tools to observe, measure and monitor ocean environments. 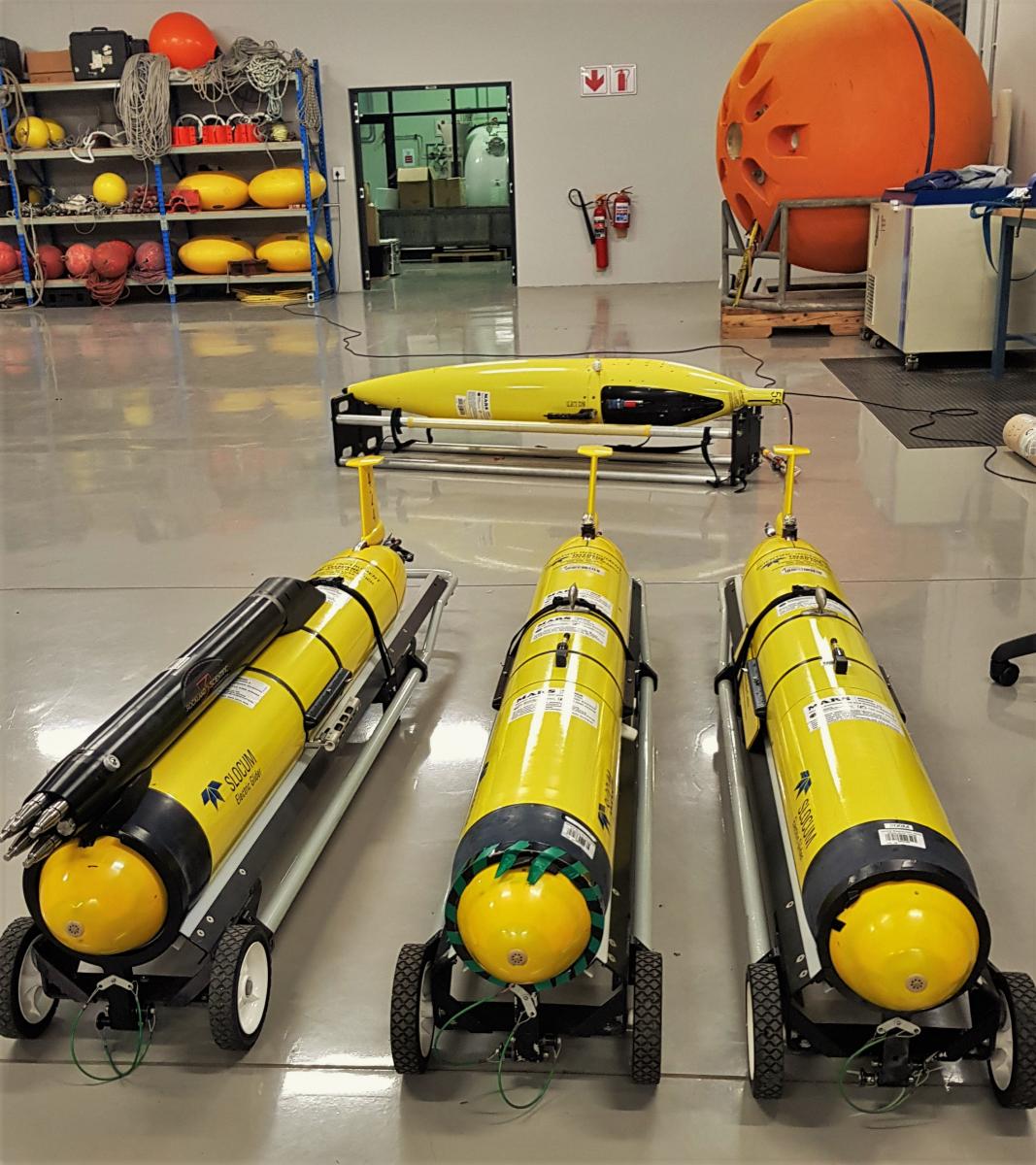 Three ocean gliders were deployed as far west as possible to identify upwelled water that has had minimal modification during its passage over the shelf. Integrated sensors included on the ocean gliders were for measuring conductivity, temperature and depth (CTD), chlorophyll and CDOM fluorescence, optical backscatter and oxygen optodes. Additional specialist sensors were employed to collect shear and temperature microstructure for the derivation of turbulent mixing parameters, micro-fluidic auto-analysing nutrient sensors capable of measuring nitrate + nitrite concentrations and a fisheries echo sounder capable of identifying small pelagic fish.

Once deployed, the gliders travelled with the predominant westward flowing current on the shelf until they reach their westernmost limit, at a point to the west of the identified cold-ridge. The R/V Ellen Khuzwayo provided complementary data via a comprehensive survey consisting of CTD profiles and discrete water samples across the shelf. These measurements also provided suitable discrete water samples to enable calibration and validation of water properties measured with the gliders and will extend the spatial coverage of the combined dataset. 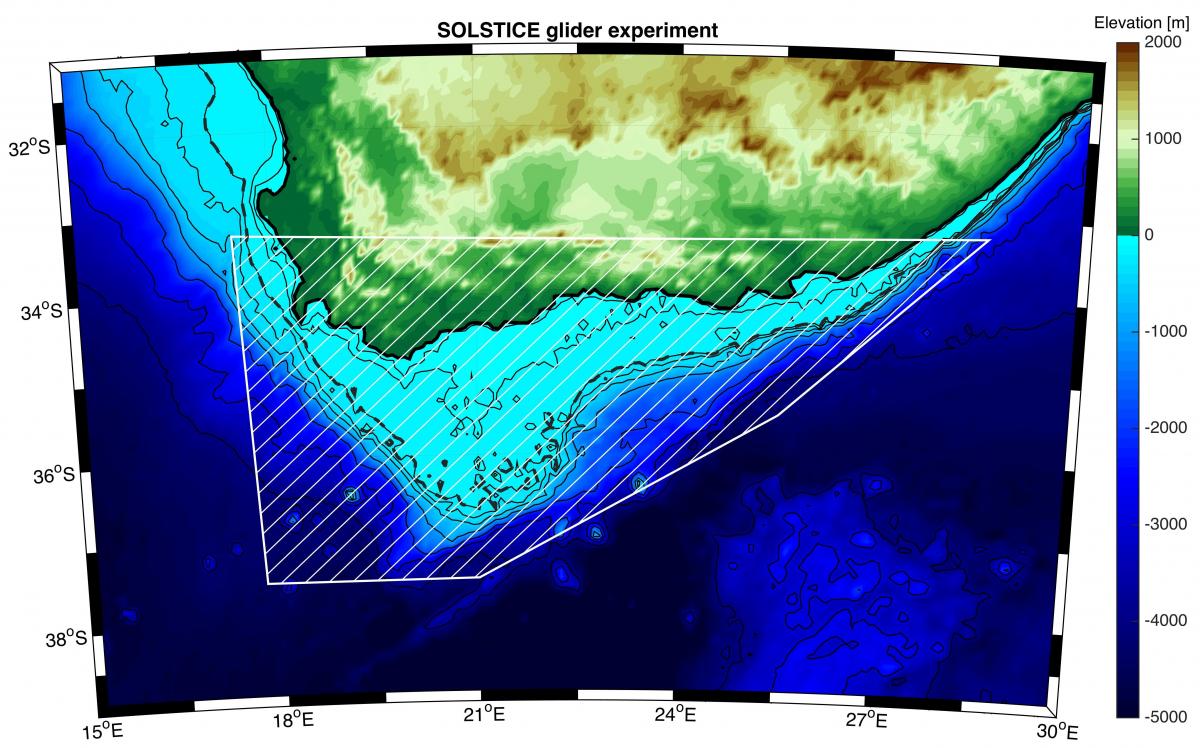 This unique, dense dataset covering 100s of km of the Agulhas Bank region will enable identification of the dominant controlling mechanisms of the Agulhas Current (including meanders and shelf water interactions, internal waves, upwelling) and local meteorological forcing affecting the oceanography of the Agulhas Bank. 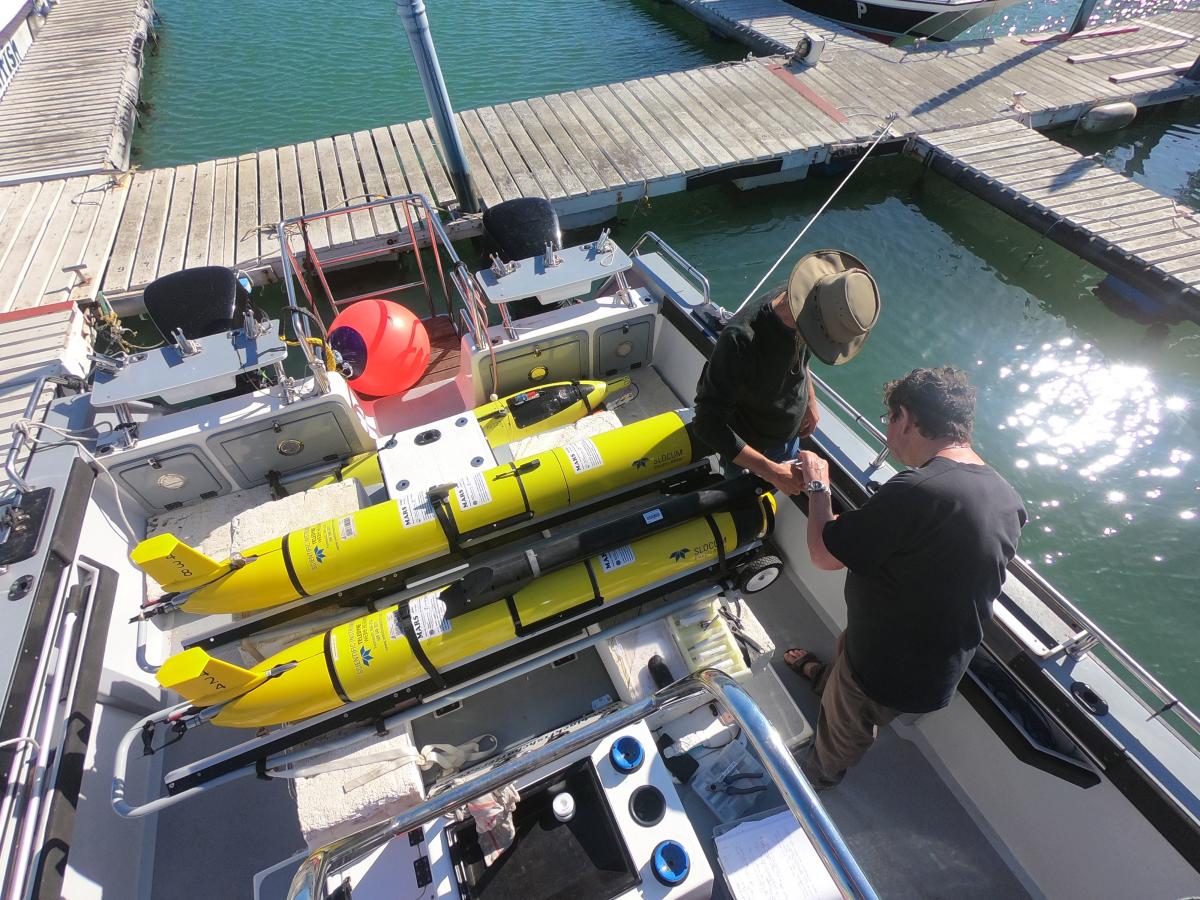 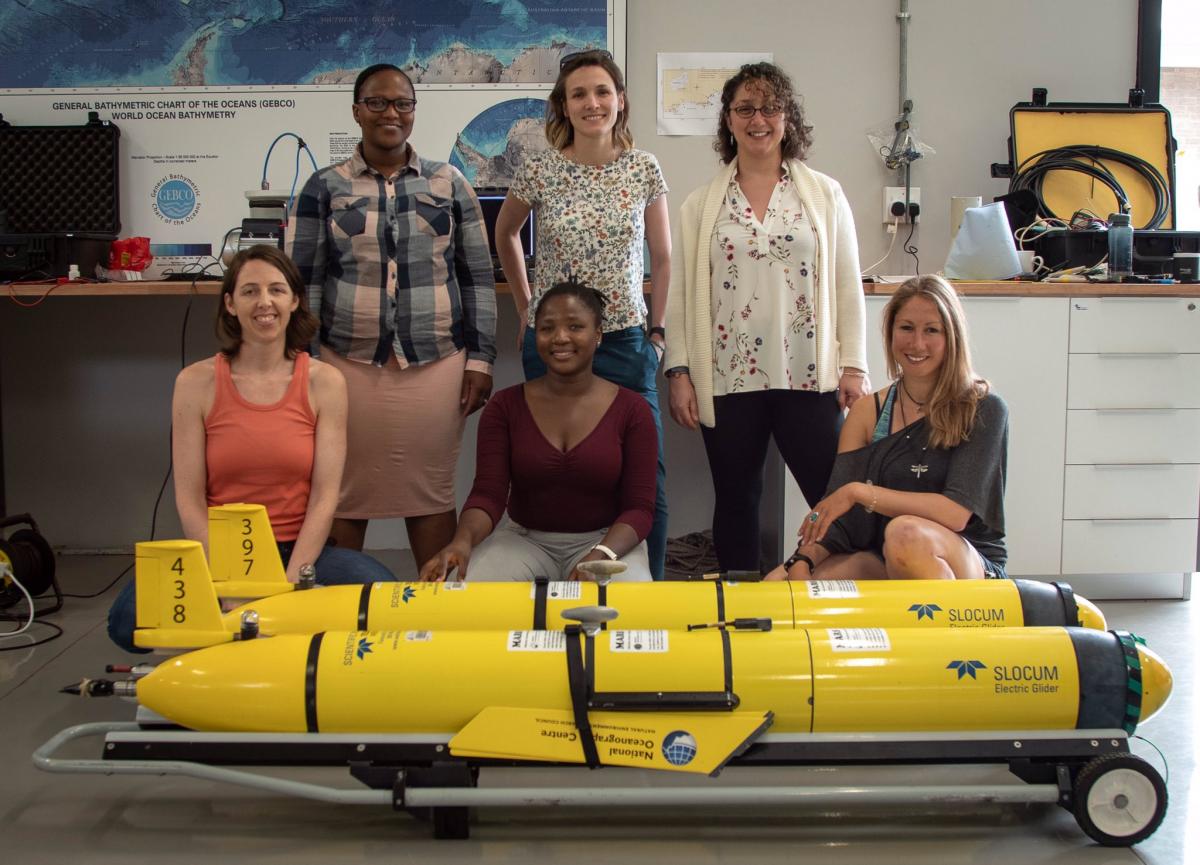 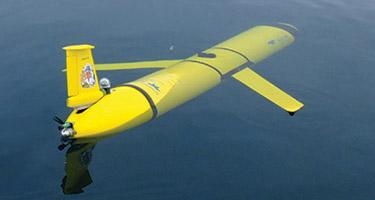